Arts Partnership for OKCPS Will Continue Next School Year with Donation of $160,000 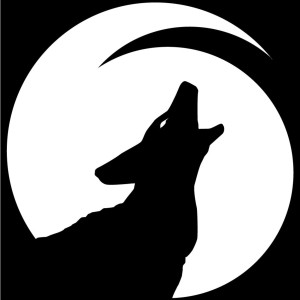 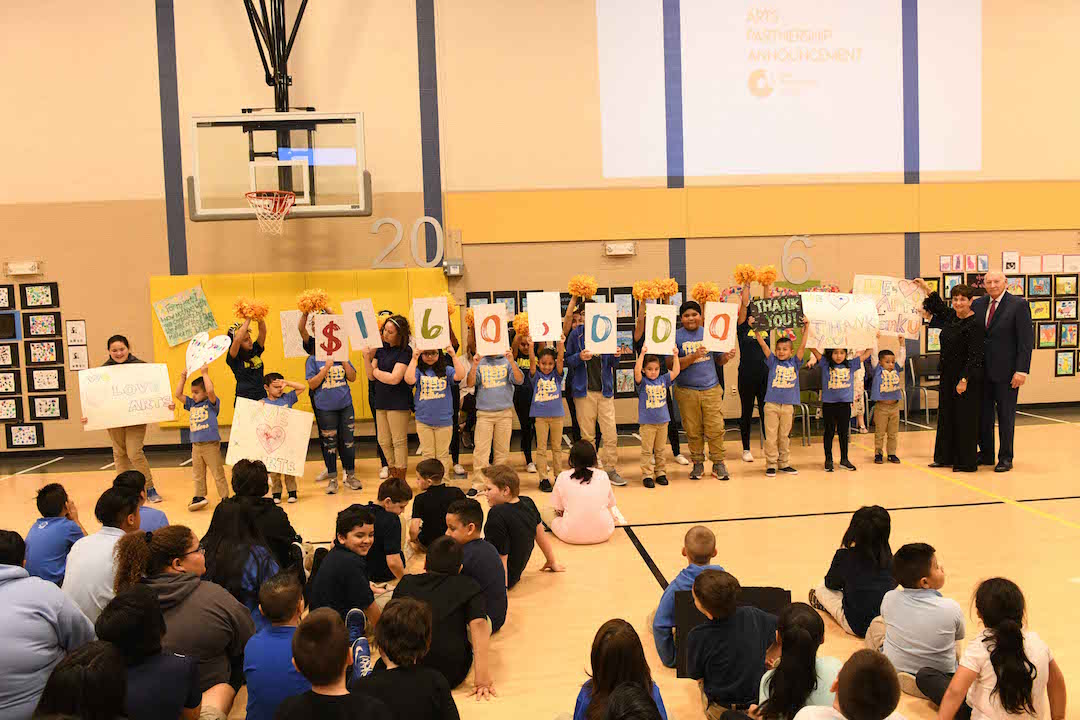 Oklahoma City, OK – Today, Oklahoma City Public Schools (OKCPS) announced the continuation of the Arts Partnership for OKCPS for the 2018-2019 school year. The partnership, which helps bring visual arts, theater, dance, and music into OKCPS classrooms, will have a budget of $160,000 for next school year thanks to the donations of Gardner Tanenbaum Holdings.

“We are thrilled to continue the Arts Partnership for OKCPS for next school year thanks to the generous donation of Tanenbaum Holdings,” said OKCPS Acting Superintendent, Rebecca Kaye. “Research has shown that art education is fundamental for students as it helps improve discipline, creativity, academic performance, motor skills, and helps develop the determination and motivation required to achieve a long-term goal. We are also thankful for all the agencies who are part of this partnership for investing time to teach our students and bring arts into OKCPS classrooms.”

The $160,000 donation will allow the Arts Partnership for OKCPS to continue and will provide students with arts education—which was reduced due to the severe budget cuts that took place in 2016.  “Arts education has been my wife’s passion for most of our 40 years of marriage,” said Richard Tanenbaum, Chief Executive Officer of Gardner Tanenbaum Holdings and donor of the funds. “It didn’t take her long to convince me that it is our responsibility to do our part to help our community. It has been our goal to expose every single student in OKCPS to the arts as we have seen the benefit of many of the educational programs that we currently support. We are convinced we are making a difference and we urge other to get involved and help us give our children a chance to be exposed to the beauty of art and learn to express themselves through it.” 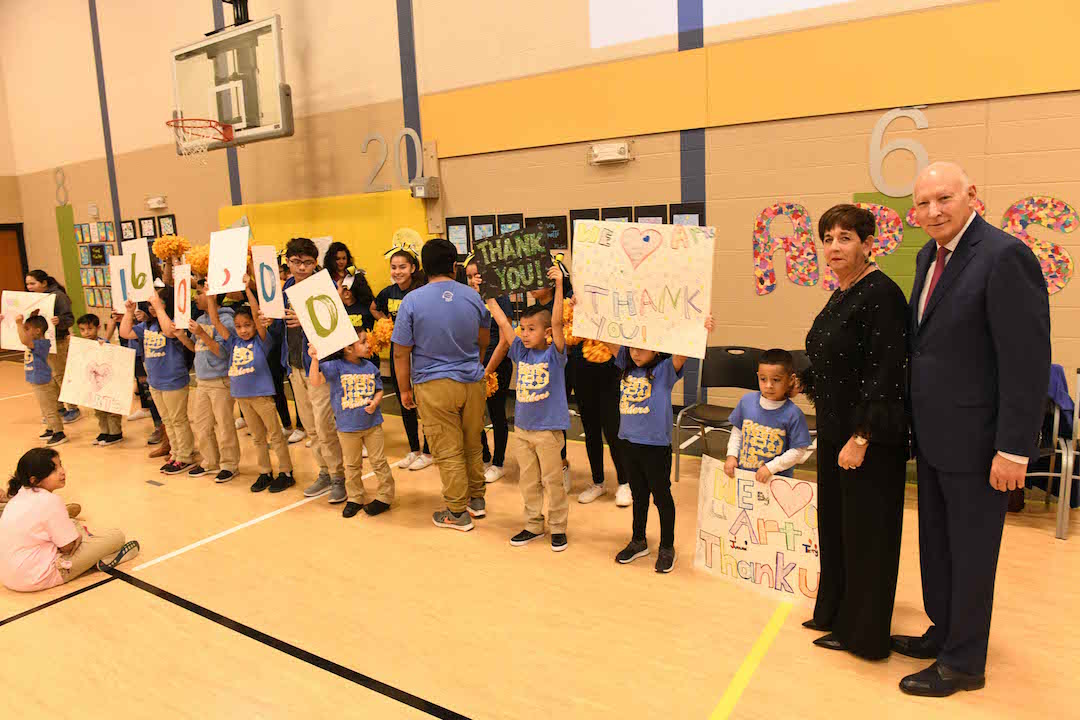 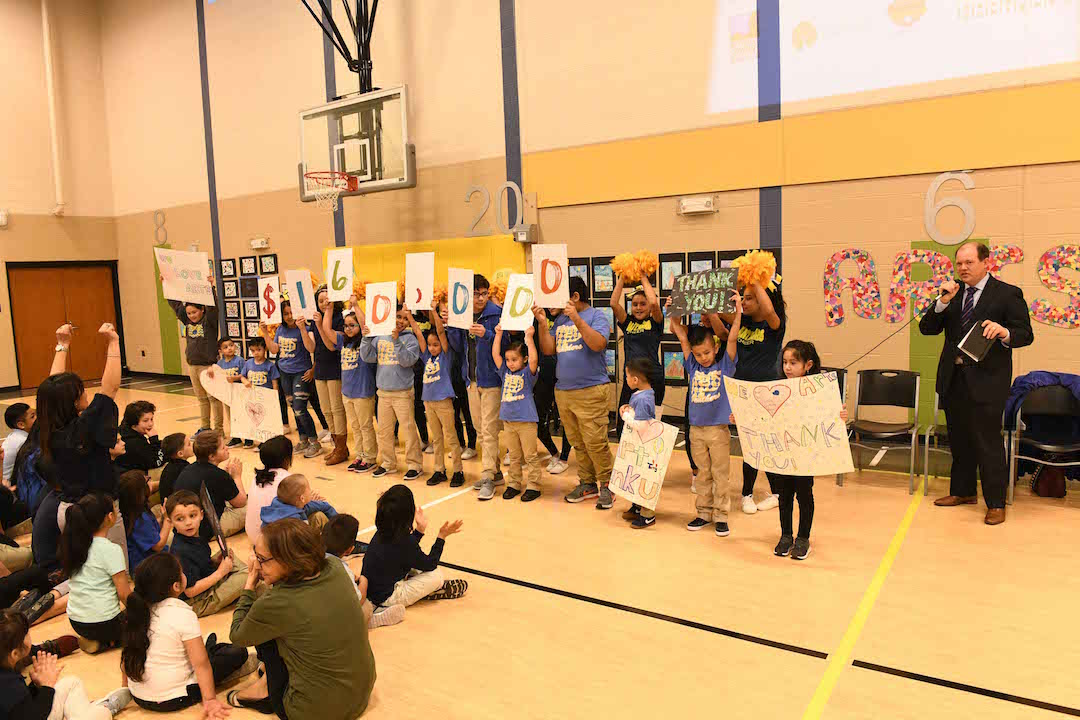 To bridge the gap left after the budget cuts and bring back art into OKCPS classrooms, multiple organizations and arts & culture agencies, coordinated by the Arts Council of Oklahoma City, came together alongside OKCPS and the Foundation for OKCPS and formed the Arts Partnership for OKCPS—a partnership that helps identify schools with no art programs and aligns art agencies with these schools so that students can receive art education.

“We feel every student should have access to music, dance, theater, and visual arts,” said John Semtner, Chair of All Access Arts Committee. “The Arts Partnership for OKCPS is a community driven response to the identification that state cuts led to elementary school students having little to no access to arts education.  Through a strategic collaborative effort, we have been able to make a strong positive impact on arts education within OKCPS.”

To announce the donation to support the program for next school year, this morning OKCPS leaders held an assembly at Pierce Elementary School alongside the Foundation for OKCPS, members from Arts Partnership for OKCPS, and Richard Tanenbaum, Chief Executive Officer of Gardner Tanenbaum Holdings. Students gave a short dance performance to open the assembly followed by a few words by special guests. The assembly concluded with students unveiling colorful posters boards that spelled out the total amount of the donation – $160,000.

Although the continuation of the Arts Partnership for OKCPS will be highly beneficial to students, it only serves as a temporary solution to bridge the gap in arts funding as the school district hopes that state legislators will support funds for education so that arts staffing will return to the level it was before the state cuts. 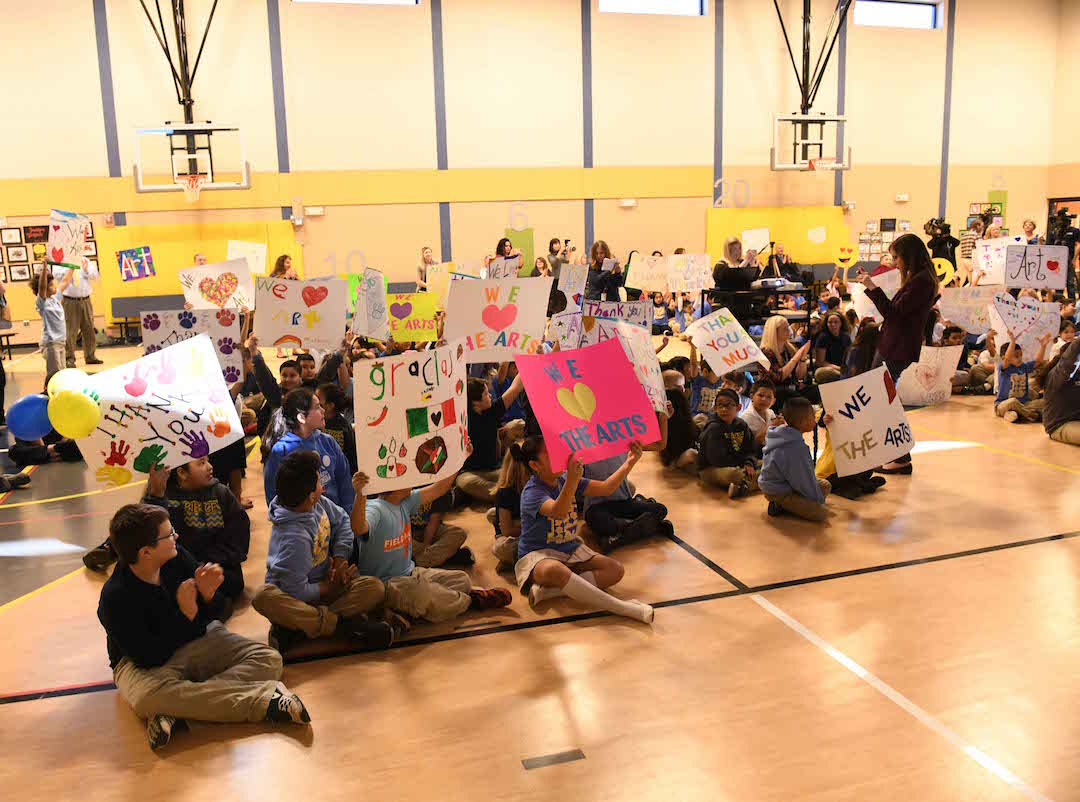 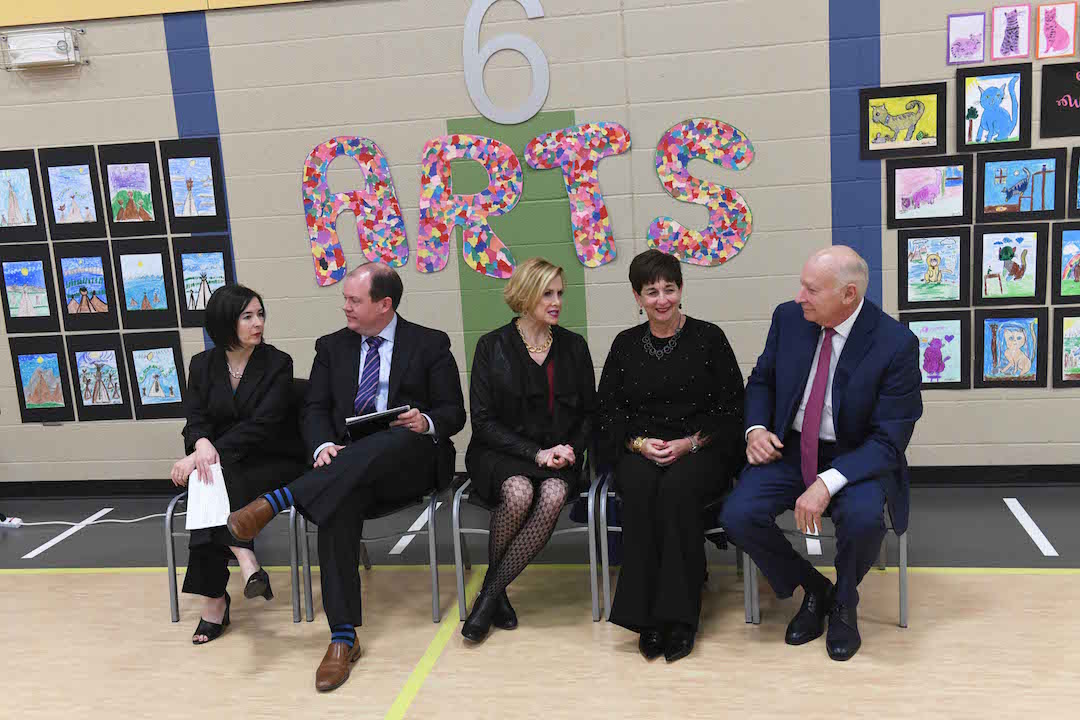 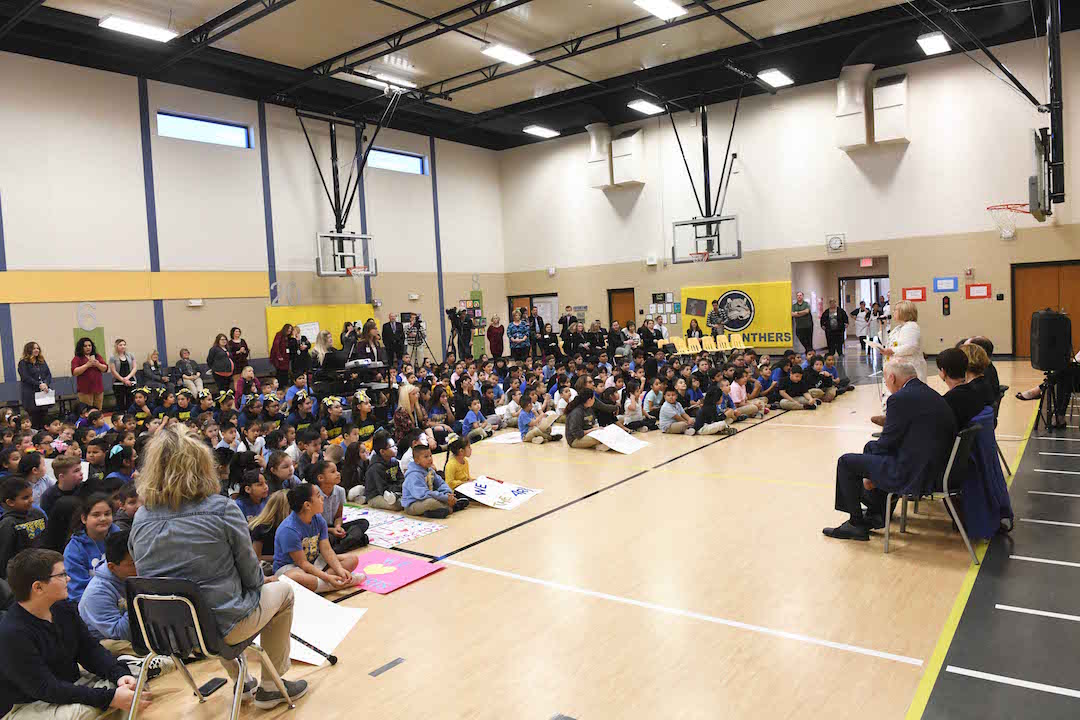 “For many years in OKCPS, every elementary school student received weekly instruction in music and visual art, but unfortunately that changed for many students after the state budget cuts,” said Rhonda Taylor, Director of Visual & Performing Arts for OKCPS. “Thanks to the Arts Partnership for OKCPS, we are able to provide art experiences to those students who are needing it the most. Although this partnership should be viewed as a temporary bridging, we also hope that the schools will continue to maintain the partnerships with these arts organizations and teaching artists even after the budget crisis is over.” 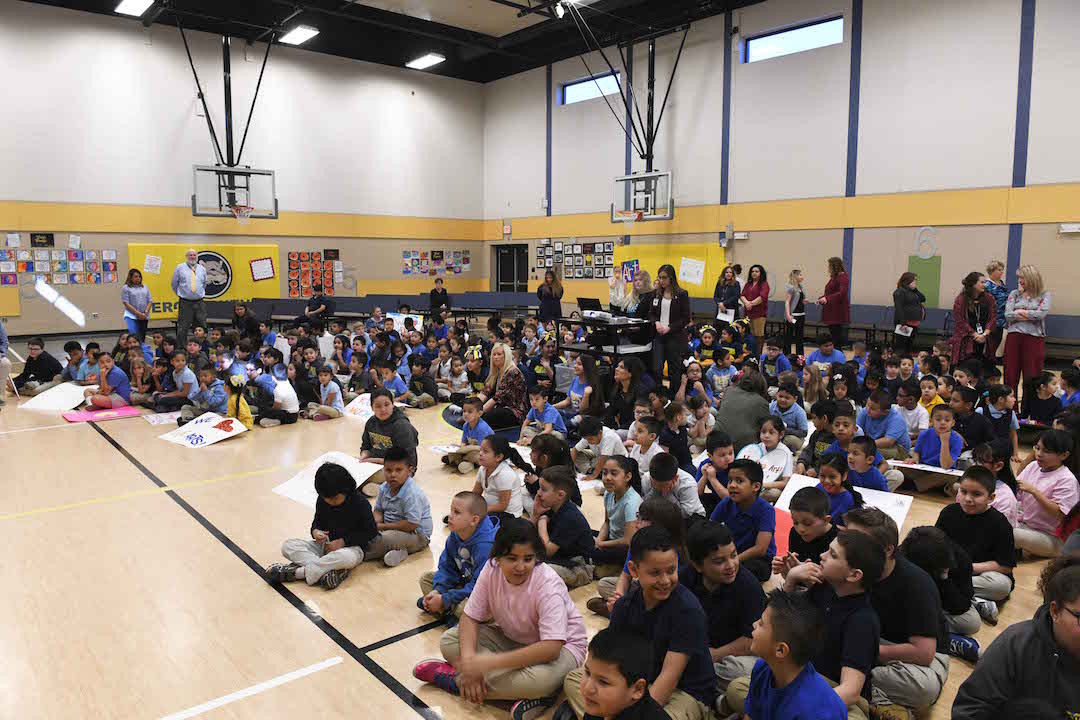 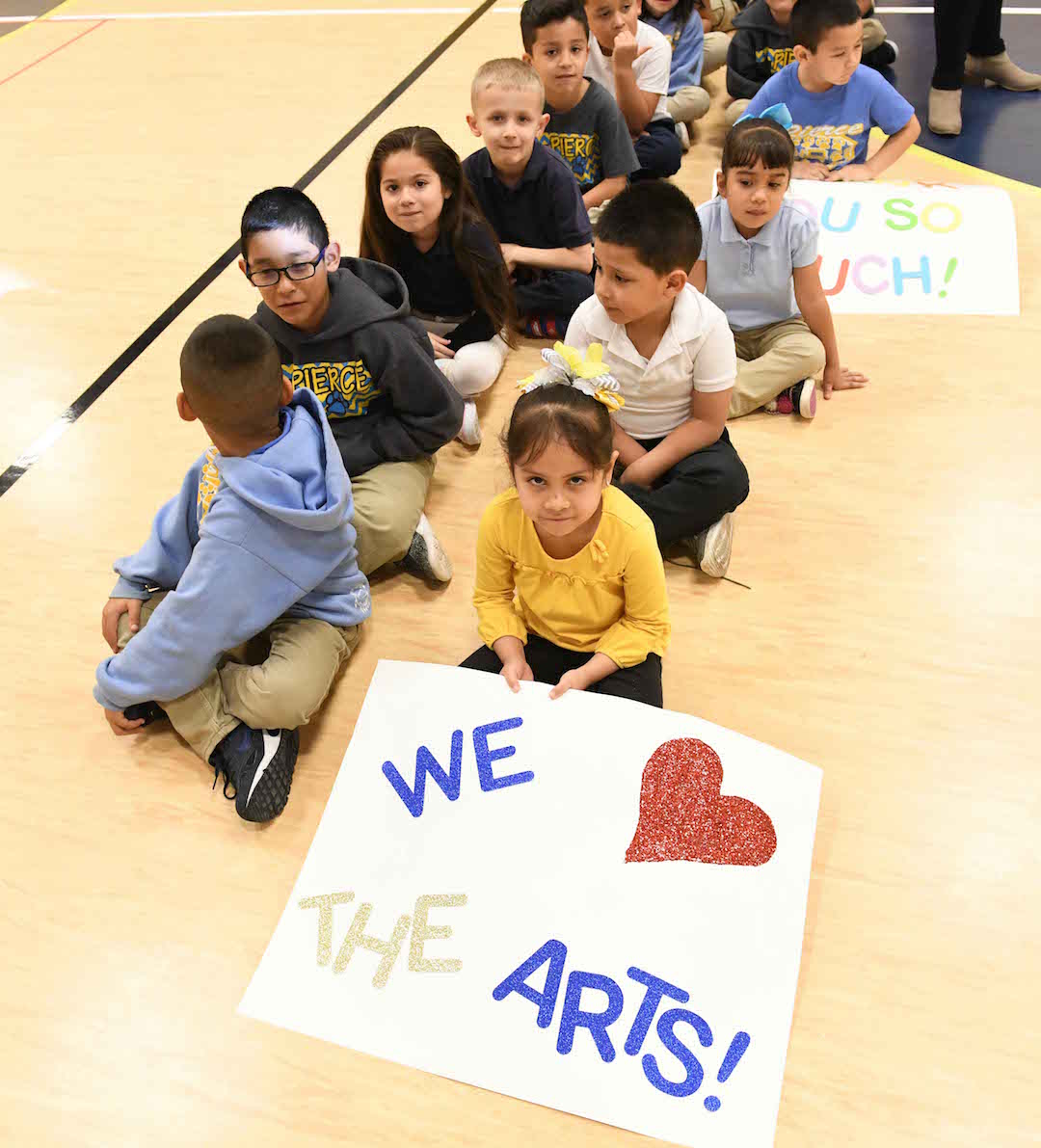 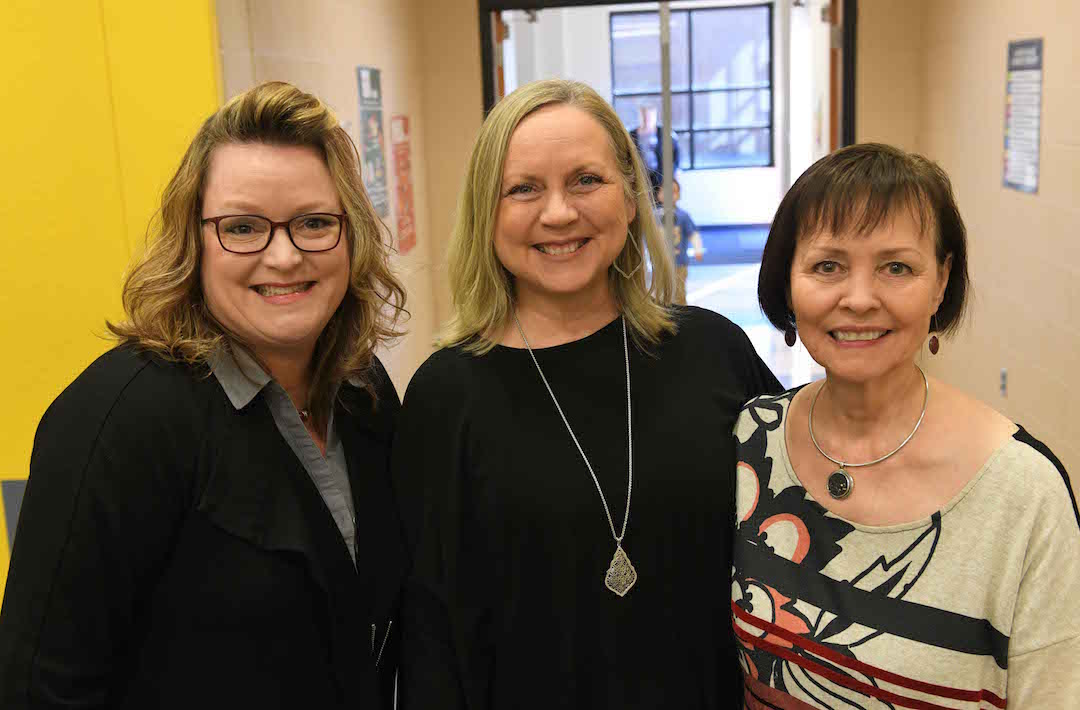 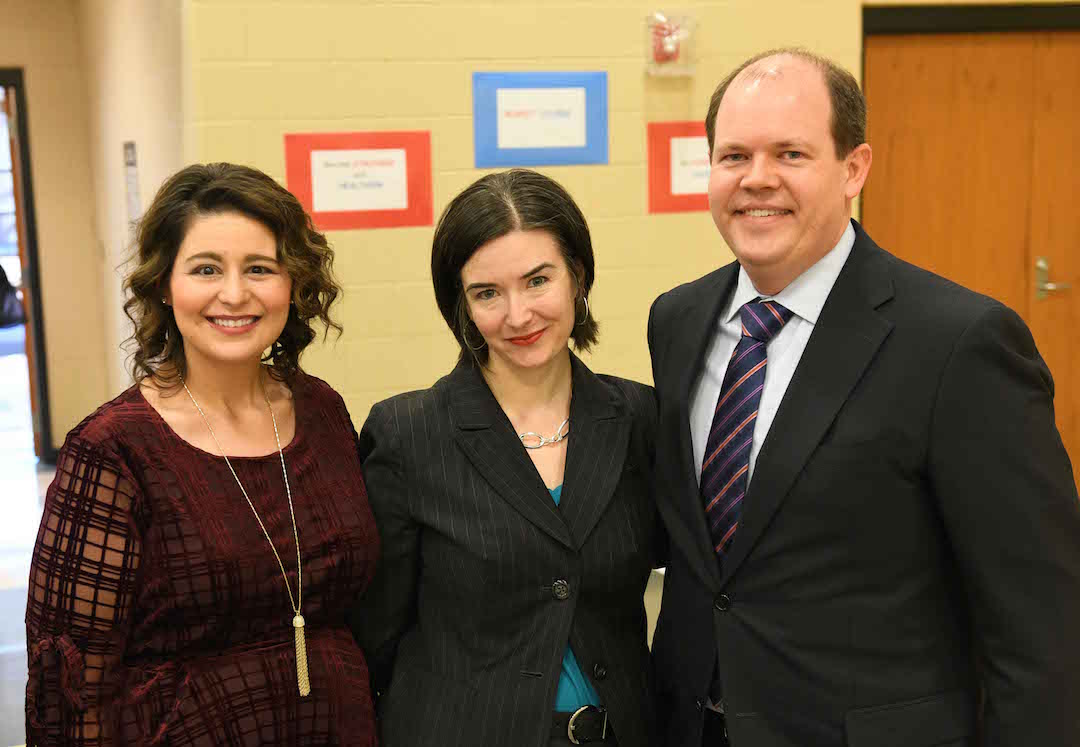 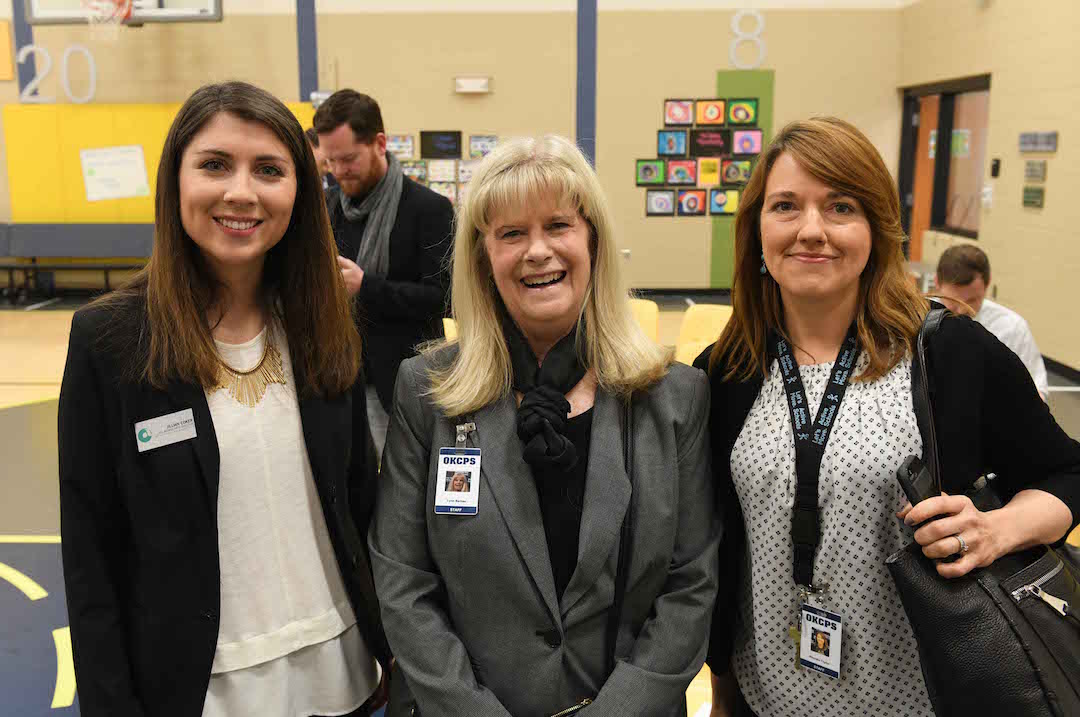 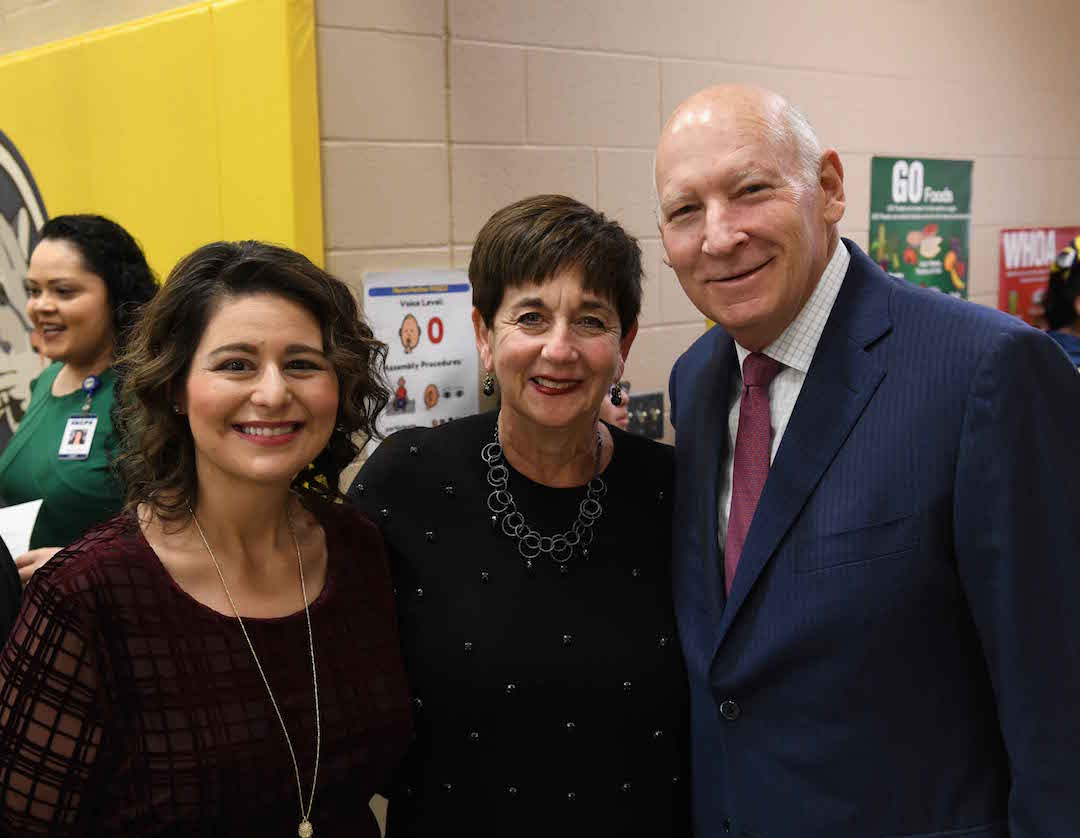 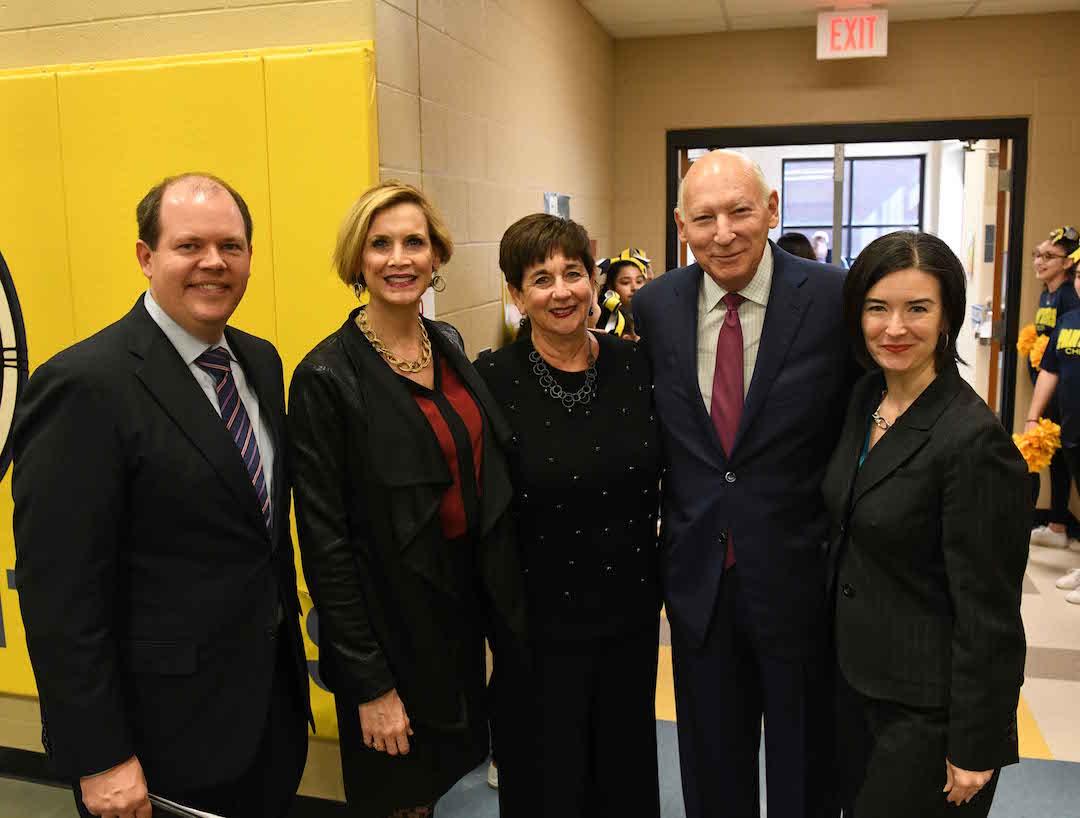 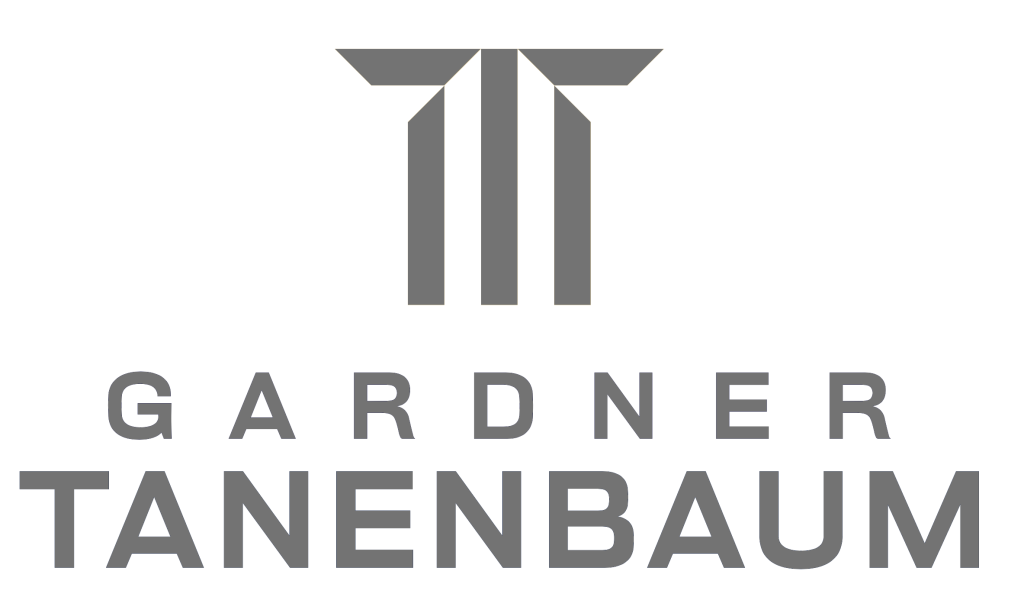